Do you need an international license to drive in Chile and/or Argentina?

Do you need an international license to drive in Chile and/or Argentina?

For those who love traveling by car, yet think such option could be complicated in Argentina and Chile, we are bringing good news: It is much simpler than you probably thought! Connected by several border crossings, these two countries offer easy terms which make transit considerably more efficient. Argentina on the go

For either of the two destinations, it is best to seek professional advice that will ensure the rental vehicle is in good condition and complies with all the legal requirements. Argentina On The Go and Chile On The Go offer highly-qualified staff and broad experience in this kind of service, which includes journeys between two or more countries by air or by land.

In both Chile and Argentina, travelers who plan on renting a car must have a valid driver´s license from their home country (original and in good state), along with a valid passport or ID and proof of insurance or credit card.

Are there any special requirements for foreigners?

None. According to the local regulations in both countries, foreign visitors who wish to drive either in Argentina or in Chile do not require any special procedure. In the early 2021, the Chilean and Argentine governments signed an outstanding agreement which facilitates the transit between these two territories.

In the context of such meeting, the ministers signed the so-called “Agreement on Mutual Recognition and Exchange of Drivers’ Licenses”, which enables the use of valid licenses from each country without the need to take any extra test to be granted one.

What does that mean?

For Argentines and Chileans, the greater ease to drive hassle-free from one country to the other. Though the treaty does not include international licenses, it does allow the procedures between the two countries to smooth the way for the transit of foreigners. With the relevant precautions, the appropriate permits and top-quality consulting, travelers may travel between the two nations through their breathtaking roads.

It may interest you: Combined Package Tours between Chile and Argentina 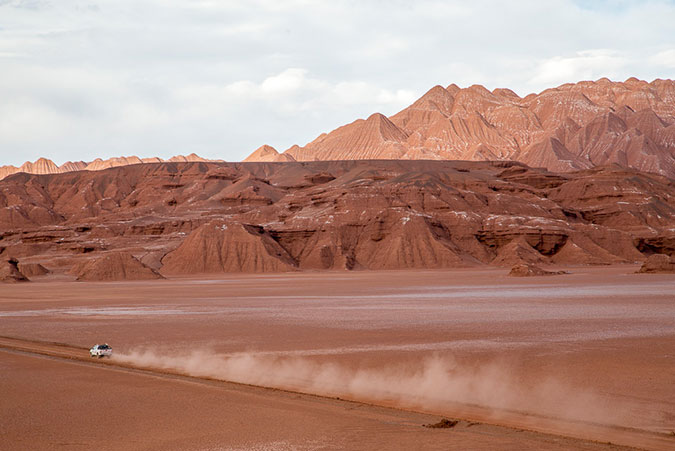 May I cross the country without another document?

Drivers traveling from one country into the other will need to produce a special document at the border crossing (since the car will have a license plate from another country). For that purpose, they must let the agency know at least 72 hours in advance so that they can process such permit.

– Inquire about the state of the road before each journey.
– For vehicles checks, always carry with you the vehicle registration document provided by the rental agency, along with your driver’s license and passport.
– Keep your gas tank full, as many stretches of the road trip can be too long.